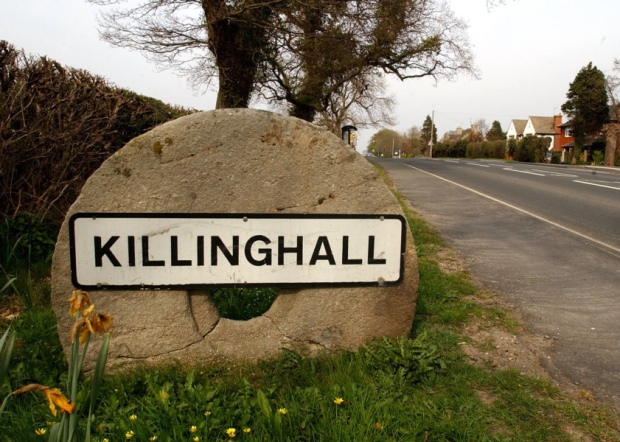 The birth of Harrogate Harmony Barbershop Chorus can be traced back to a Killinghall Village Show of 1986. This was a popular annual show going back many years, and Barbershop singing was introduced into the show in that year to add an extra dimension to the entertainment. The show producer was Nan Weeks, and compere Brian Parker of the White Rose Barbershop Chorus, Leeds. A quartet including Brian with Dennis Weeks, Matthew Keith and David Pollard were coached by Brian. The singing was enjoyed by many visitors and it promoted sufficient interest to try and form a local group in Harrogate. Regular local performers were recruited to learn suitable Barbershop songs.

This embryonic group stuck together and a launch evening was held in the Hammerain Club. Members from the White Rose Chorus, Leeds, Chordbusters, Bradford and Middlesbrough and Tyneside clubs together with the BABS Champion Gold Medal Quartet, High Time, attended, ensuring that the new club got off to a good start. Still small in numbers this group performed in the next Killinghall show entitled Colourama, where they sang 'Five Foot Two' and 'Trail of the Lonesome Pine'. They were a great success, both with the audience and the singers themselves, who were sufficiently encouraged from this beginning to want to pursue this style of singing further.

By 1990 Harrogate Harmony was formed with a membership of just 11 people but grew gradually over the next two years. During this time they appeared on the YTV Calendar programme, singing at the Ripon Festival. 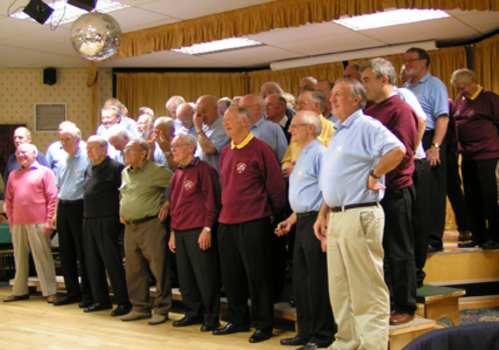 In 1994 the Chorus was invited to appear in the Sunday afternoon show at the BABS convention in Harrogate together with the White Rose Chorus and Northern Comfort from Selby. The BABS convention has been going strong ever since and the 2016 event was held in the Harrogate Convention Centre.

New members were hard to come by so a recruitment drive was held in 1995 with Big County Chorus and Spirit of Harmony with other local male and female barbershoppers.

After several musical directors, Ken Brooks, Steve Green, Andy Salter, and Wendy Green, David Strachan arrived in 1999 and gave the chorus some much needed musical direction and some stability.

In 2001, the chorus appeared on BBC's Look North with Harry Gration and the first CD was produced with 12 songs.

In 2003 the chorus appeared in the Harrogate Barbershop Convention where the Monday Morning show was opened by the chorus with a highly entertaining three song package greeted enthusiastically by some of the most knowledgeable barbershoppers in the UK.

We have also competed regularly in both the Harrogate and Horsforth Music Festivals, where in (2008) we came second in both events and one of our quartets won first place.

In 2010 the Chorus competed, under the Musical Direction of Dean Whitehouse in the National Barbershop Convention at the Harrogate Convention Centre.

Sign up to receive the latest news and event postings.